We had my daughter’s 9th birthday a few weeks ago and she wanted to have it at home with a few friends, some coloured paper and a giant no.9!!

Last year we went ten pin bowling with 4 friends and the year before a trampolining place.  This year she said she wanted to do something her friends could take home and her inspiration came from a class I went to late last year.

I had the pleasure of attending Laura Blythman’s tea party feather garland workshop as seen here previously.  It involved making our own paper feather banner or garland that was then proudly displayed back at home.  This is what she wanted her friends to make at our house for an afternoon of Crafting.

With a plethora of supplies already and lots of enthusiasm we set about organising the Crafternoon!!

I have an endless supply of pretty paper so that area was mostly covered.  I grabbed some extra Alex Mae glitter paper which I had just got into the shop and lots of pairs of scissors.   I also picked up cord and had some dowel cut from Bunnings for the top of banner.

The girls could select whatever colours they wanted and had to cut out 20-30 shapes using a template that I had cut out for them already. In hindsight I would probably try and cut out lots for them already so they could just select the colours and then put it all together.  The older girls were okay but we had a couple of 7 year olds not quite as adept at cutting as I thought!!

We also had a selection of paints set out so they could all create their own painted artwork and use that to cut up towards the end to add the finishing touches to their plain colours selected.  I ended up having to put a limit on glitter paper as they were all going a bit OTT on those ones.

Once they had enough ‘feathers’ cut out we started arranging them to create balance and the amount of colours they wanted.  We took photos at this stage so we could then remember how to actually stick down each layer. 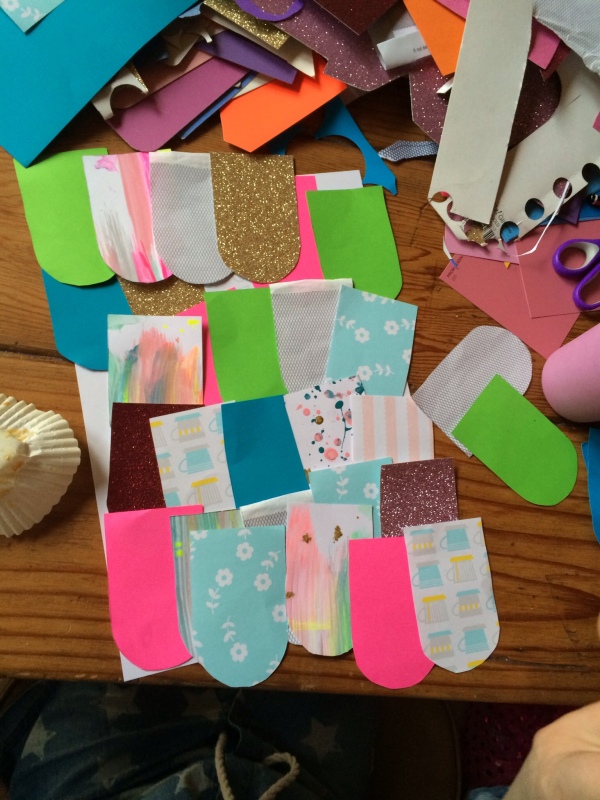 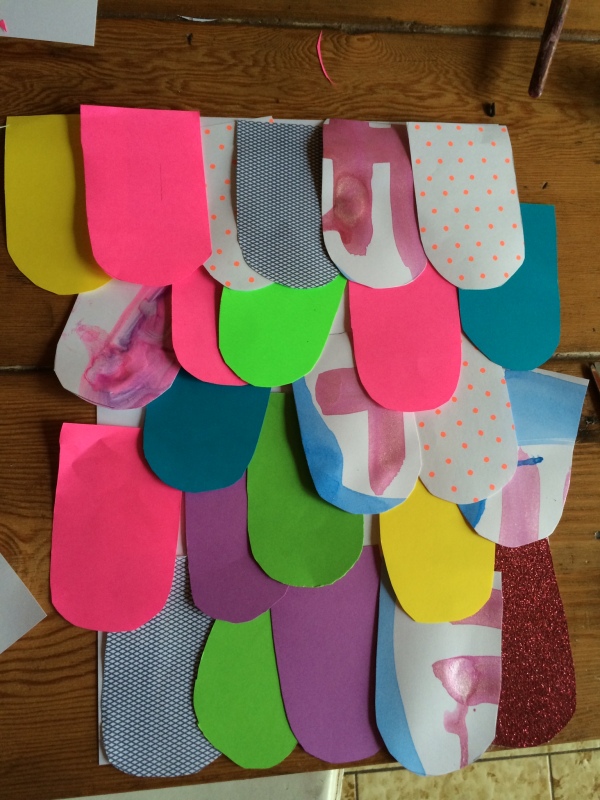 I then proceeded to help each of them to stick down each layer and make sure they were happy with how it looked (most were pretty happy however it looked!!).  I then trimmed the edges to neaten them up and they selected a colour to place on top edge which is where we added the dowel also.

At this stage we were running out of time so quickly added the coloured cord and held them up for display.

The plan was to make pom poms for them also but most of them ran out of time to get that done.

I was a bit crazy helping cut, positioning , drying paint and the rest to take too many photos but was glad to have at least captured these.

All in all the girls seemed to have a great time and everyone was really happy with what they got to take home!!! 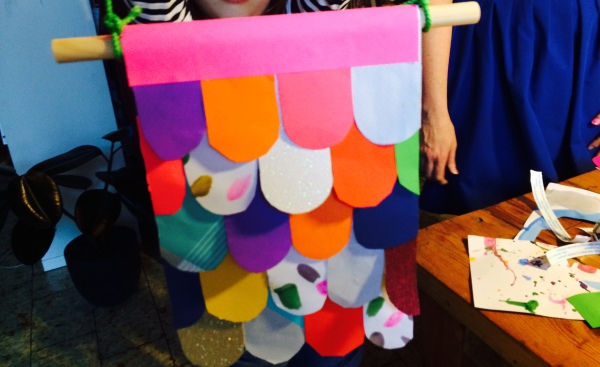 Party was a success!!  What do you think- would you try it at home??

Cake made by myself (copied with permission from Concrete and Honey).   I know my limits and knew with the help of Betty crocker and some cardboard could achieve this style with relative ease!!